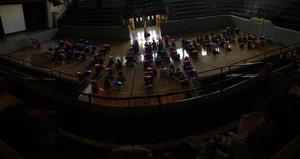 On October 24, 2019, George Washington, Colin Powell, Emerson Middle, and Union Hill Middle Schools along with others across the nation took part in the 20th annual "Lights On After School".  This event celebrates nationwide after school programs and the important role afterschool has in the lives of children, families, and communities.  The effort has become a hallmark of the afterschool movement and generates media coverage across the country each year. Lights On After School Album